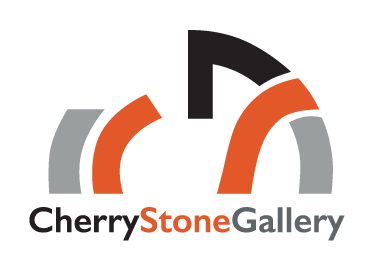 Cherry Stone Gallery is delighted to announce another great season!

Cherry Stone Gallery is delighted to announce another great season! Has it really been 48 years? We can hardly believe it!  We started out as a grassroots project exhibiting a few local artists in Cora Holbrook’s empty and abandoned general store on Railroad Avenue where her father also kept horses in the back room some years earlier. Berenice Abbott was the headliner that year.  Not long after, we began showing work by Robert Motherwell, Jack Tworkov, and Robert Rauschenberg.  We hosted print exhibitions of work by Jasper Johns, David Hockney and Roy Lichtenstein in collaboration with Leo Castelli Gallery in NYC.  Sideo Fromboluti, Nora Speyer, Joe Stefanelli and Leatrice Rose soon followed.  Founders Sally Nerber and Lizzie Upham left a legacy of art world contributions in the Artists’ Colony on a spit of sand along the Outer Cape in Wellfleet across the street from Uncle Tim’s Bridge. This year we host two most interesting shows:

Be sure to stop in to say hello and see the shows! 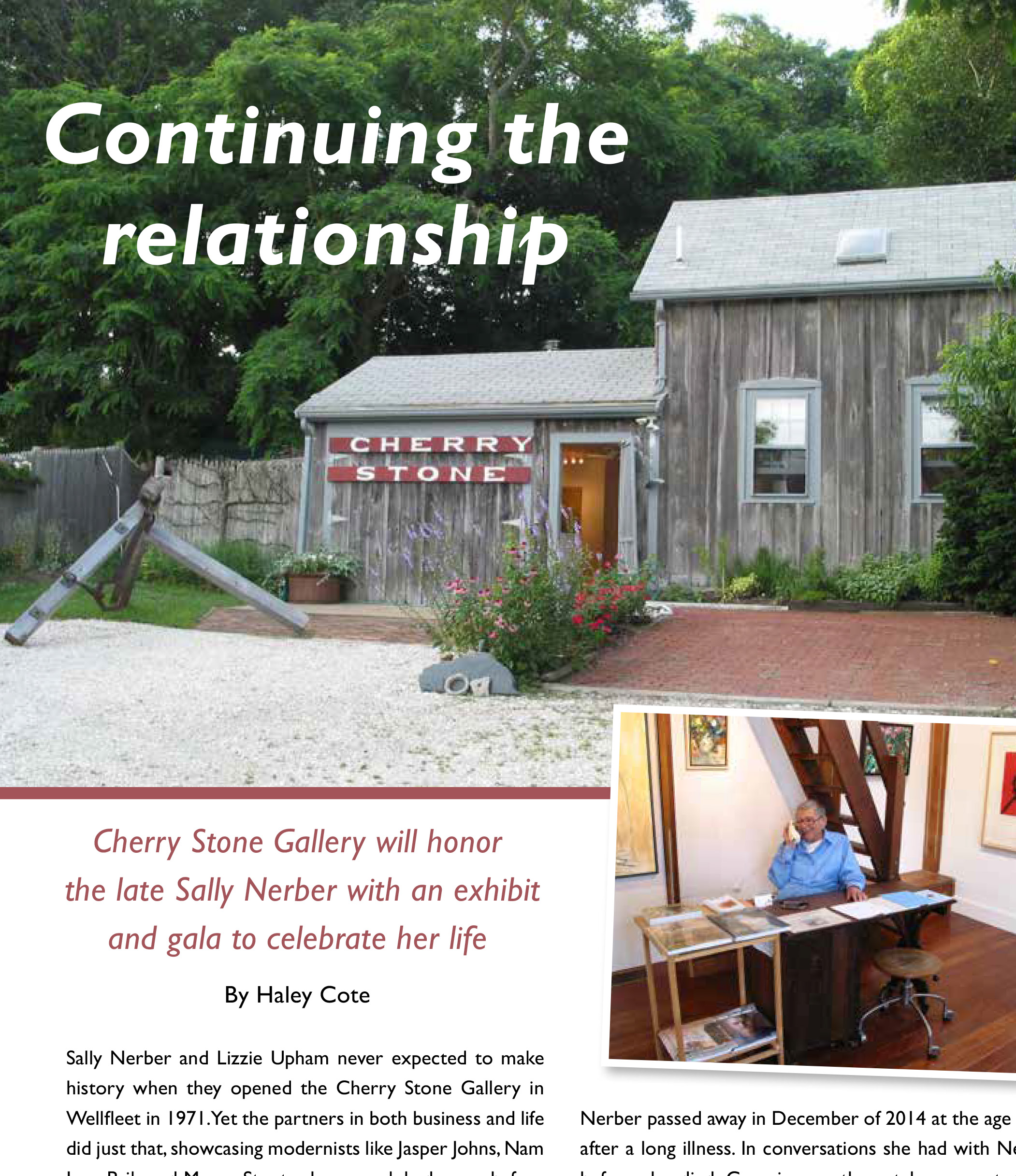 ART/ARCHITECTURE; Offhand Showplace For the Avant-Garde 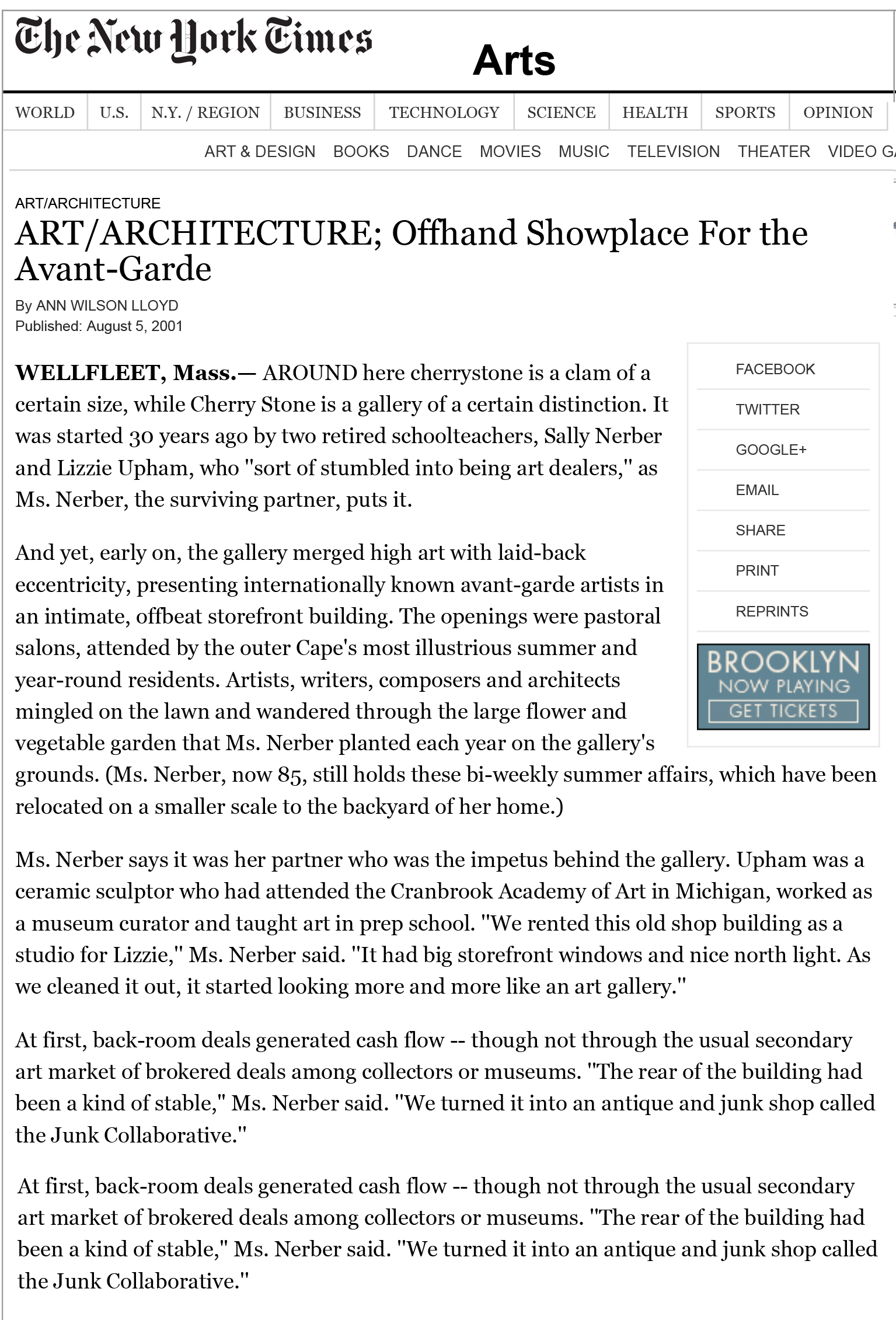 The Cherry Stone steps into the future 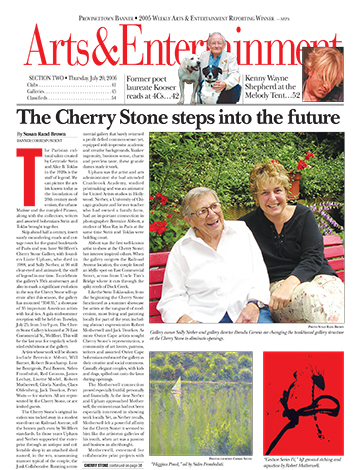